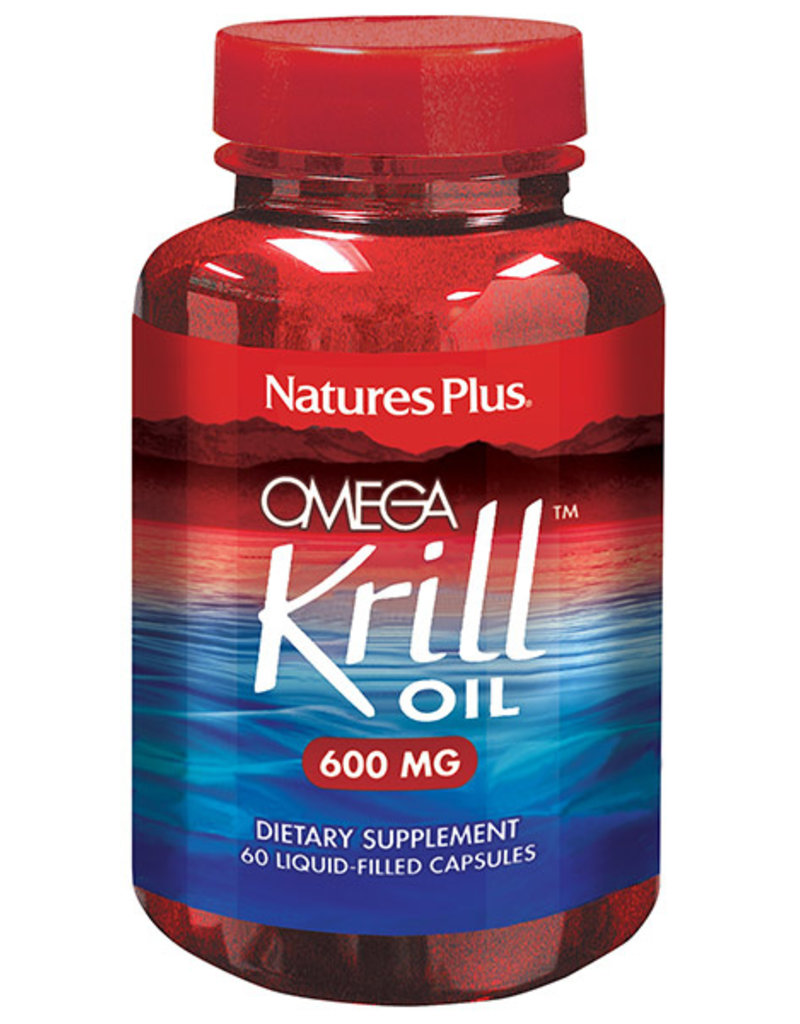 NaturesPlus Omega Krill Oil not only supplies pure, high potency Omega-3 Essential Fatty Acids in the phospholipid form, but also assures maximum bioavailability, with impressive Omega-3 EFA benefits and results that you can feel! One reason that omega-3 fatty acids are so effective is that they are less prone to oxidation than other fatty acids. So replacing common fatty acids with omega-3s promotes cardiovascular health, as well as the health of many other systems of the body.

Superior Bioavailability
The bioavailability of NaturesPlus Omega Krill Oil is unrivaled. By using only krill that is processed as soon as it is caught, our krill oil retains maximum levels of DHA and EPA (omega-3 essential fatty acids) in the phospholipid form. Every cell of the body is surrounded by a membrane composed of two layers of phospholipids. DHA and EPA phospholipids give cell membranes flexibility, elasticity and resiliency. NaturesPlus Omega Krill Oil delivers the biologically active phospholipid form of these essential fatty acids, which employ superior absorption properties to rejuvenate cells throughout the body.


Top Quality in Every Detail
Our krill harvesting and processing partners are the most experienced krill oil experts in the world. Such expertise is essential to ensure superior quality because krill oil is inherently fragile, and requires special handling to maintain purity and efficacy.

Pure Assure Potency Preservation System
Krill oil is highly prone to oxidation, or damage from oxygen in the air. Failure to provide for this leads to foul odors, rancidity and free radicals. Many other brands of krill are rendered ineffective by such oxidation. To make matters worse, it introduces free radicals-the last thing you'd want to put into your body.

To ensure the purity of our krill oil, all processes are conducted under a "nitrogen blanket" which prevents oxygen from coming in contact with the krill oil. To further preserve potency, the krill oil is reinforced with a tiny amount of rosemary herb extract, which blocks the growth of microbes. The high-density gelatin walls of NaturesPlus Omega Krill Oil Liquid-Filled Capsules further block oxygen and maintain purity and potency better than any other form available. The result is an oxygen-free, microbe-free krill oil delivery system that maintains purity and activity better than any other system on the market.

You'll know it's NaturesPlus Omega Krill Oil by its superior nutritional activity - Benefits You Can Feel!