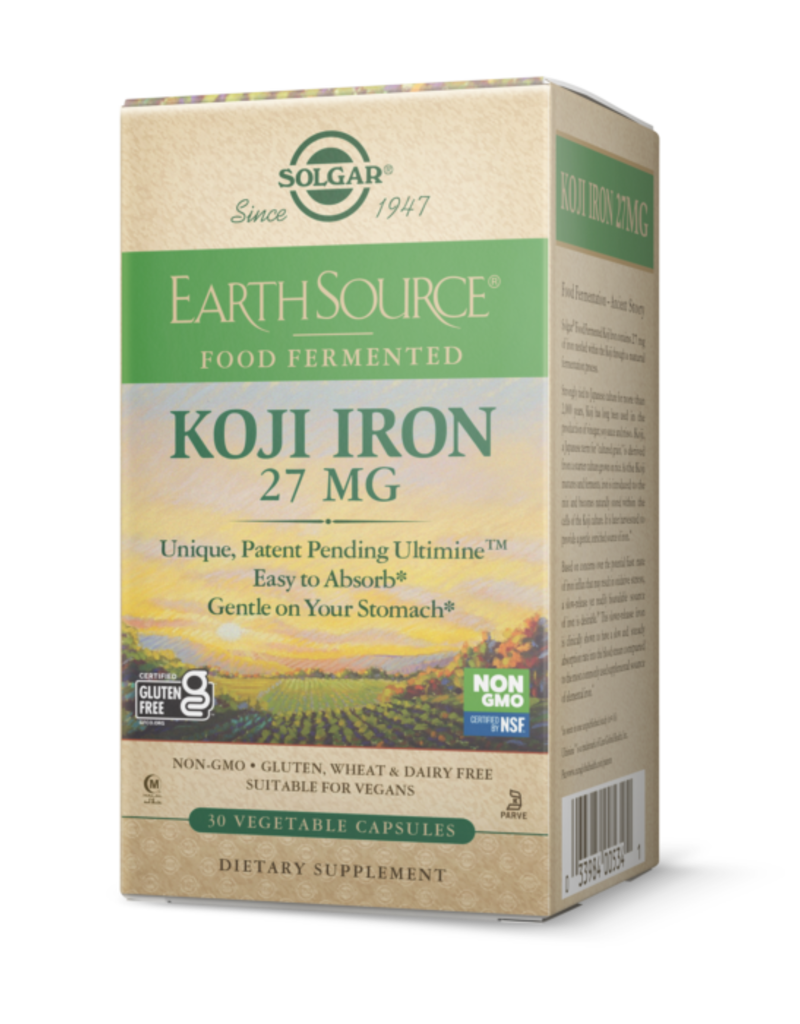 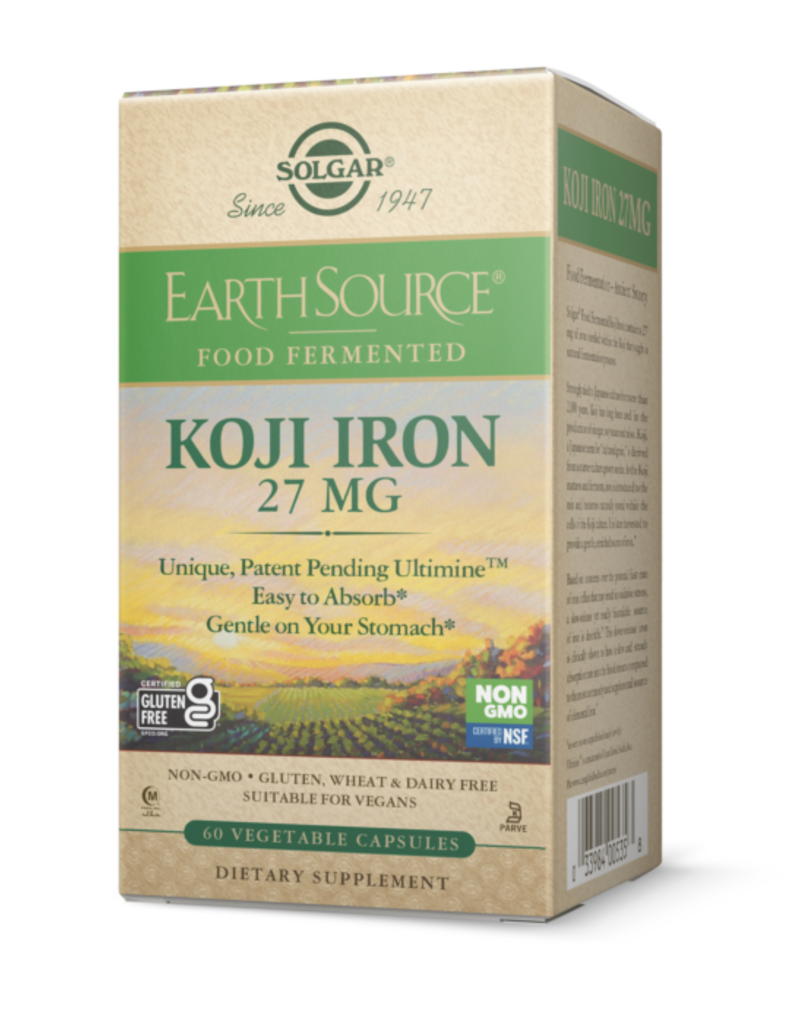 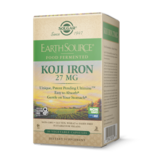 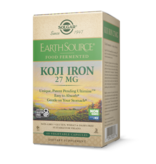 Solgar® Food Fermented Koji Iron is different…delivering Ultimine™, a unique, patent pending form of slower-release iron.* Koji Fermented iron is made by a natural process where iron is introduced into the Koji material and the iron is actually absorbed and stored by the Koji culture. Through this food-based fermentation, Solgar® Koji provides a slower released form of iron that is gentle to the stomach.*

Solgar® Food Fermented Koji Iron contains 27 mg of iron nestled within the Koji through a natural fermentation process. Strongly tied to Japanese culture for more than 2,000 years, Koji has long been used in the production of vinegar, soy sauce and miso. Koji, a Japanese term for “cultured grain,” is derived from a starter culture grown on rice. As the Koji matures and ferments, iron is introduced to the mix and becomes naturally stored within the cells of the Koji culture. It is later harvested to provide a gentle, enriched source of iron.*

Based on concerns over the potential fast rate of iron influx that may result in oxidative stress, a slow-release yet readily bioavailable source of iron is desirable.◊* This slower-release iron is clinically shown to have a slow and steady absorption rate into the blood stream compared to the most commonly used supplemental source of elemental iron.*

If you are pregnant, nursing, taking any medications or have any medical condition, please consult your healthcare practitioner before taking any dietary supplement. Discontinue use and consult your healthcare practitioner if any adverse reactions occur. Store at room temperature. Do not use if outer bottle seal is missing or damaged. Accidental overdose of iron-containing products is a leading cause of fatal poisoning in children under six. KEEP THIS PRODUCT OUT OF REACH OF CHILDREN. In case of accidental overdose, call a doctor or Poison Control Center immediately.